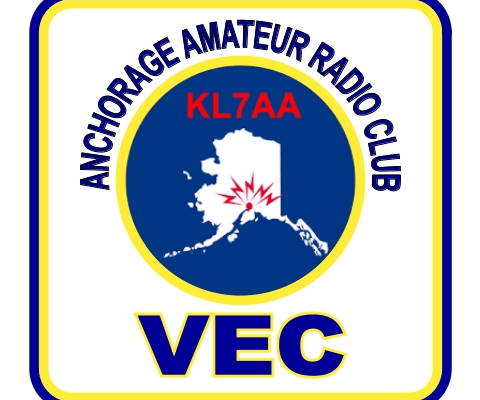 On Saturday, June 27, 2020 the Anchorage ARC (AARC) VEC’s first in-person testing session was held in Colorado Springs, Colorado. This session marked the first time that all VEs and examinees were physically present at a single testing location in Colorado Springs.

“It was amazing to be able to hold a live testing session under the auspices of the Anchorage ARC VEC here in Colorado. It really opens up opportunities for new hams in the Pikes Peak Region,” said Tom Obenchain (K0RZR) , one of the local volunteer examiners present at the session.

The session was held for a single examinee, Alan Chase, who was taking Element 2, hoping to get his Technician license as a result of the session. Chase had been part of a Winter 2020 Technician’s class held in Colorado Springs from the end of January through the end of March. He had planned to test on March 14th at a session sponsored by another VEC. Unfortunately for Chase, due to worries about spreading the COVID-19 Virus, the State of Colorado enacted a stay-at-home policy on March 13th, prompting local businesses and organizations like ham radio clubs to curtail or postpone services.

There Has to Be a Way

Shortly after the middle of March, Obenchain and another Colorado ham, Tom Oliphant (K0BUL) began looking for options to finish the classes remotely and find a way for their students to test remotely. They used video conferencing to wrap up their classes and encourage students to keep taking practice tests and studying until they could find a testing solution.

That’s when Obenchain found the AARC VEC through a google search for remote ham radio testing. Brandin Hess, the chairman of the AARC VEC, called Obenchain and told him about the system that the Alaskan’s already had up and running for remote testing. Obenchain was more than interested.

Several of the students from Obenchain and Oliphant’s class wanted to test immediately. To accommodate them, Obenchain and Oliphant, who are both amateur extra-class operators, became accredited VEs with the AARC VEC. Obenchain was able to act as proctor for Regina Kohutek’s (KF0AAX) and then Jeff Wilson’s (KF0ABI) testing sessions. They were the first two new hams in Colorado to push through the obstacles thrown up by the virus and become licensed using the AARC VEC system.

Shortly after Kohutek and Wilson’s successful tests, Oliphant was able to act as proctor and Obenchain as a VE for the John and Ani Kirk family who had participated in the same class as the others. All four Kirks, dad (KF0ADJ), mom (KF0ADL), and their two sons ages 10 & 12 were able to get licensed using the AARC VEC system. (Note: all of the remote testing sessions required waiting for Colorado to allow for small group gatherings before they could proceed due to the need for a proctor to be physically with the examinees.)

A VE Team for Colorado Springs

The system worked so well that Oliphant asked the officers of the Anchorage club about forming a Colorado Springs based VE team. The AARC VEC system, being completely digital, works well in times of quarantine as well as more open times. It is flexible and requires less physical preparation than normal live testing sessions, making it a perfect solution for folks wanting to become new hams.

Oliphant encouraged other extra-class operators, all of whom were accredited VEs with other VECs in Colorado Springs to Join the new Colorado team. Each of the new VEs had opportunities to participate in multiple testing sessions with the officers and other VEs of the AARC VEC for more than a month. These sessions included examinees from all over the world. With seven VEs accredited and trained and Colorado allowing groups of up to 10 people to gather while practicing proper social distancing, the new team was ready for their first local session in Colorado.

On June 27, 2020, Chase came into the testing facility just before 10 am local time, set up his laptop, and listened and nodded as Oliphant, the session’s lead VE, explained the rules and procedures for the session. Using the AARC VEC’s online system meant those participating didn’t have to exchange papers, which helped keep things sanitary. The test was done by 20 minutes after the hour with nearly instantaneous results delivered to Chase after his test. He walked out of the building a few minutes later smiling, his paperwork already submitted to the FCC for processing. As soon as the Universal Licensing system was back online from weekend maintenance he had his new call sign, KF0ASQ, and was the newest licensed ham in Colorado.

With the rough spots ironed out, the Colorado VE team has another local session scheduled for Saturday, July 18, 2020. The VE team is planning to allow people to come to the testing center or connect via the internet and take the test remotely at the same time as others are testing live.

“The ability to be all digital and offer live, remote, or hybrid sessions changes everything,” said Obenchain. “The team here in Colorado Springs is looking forward to a long-term relationship with Brandin and the club in Alaska!”