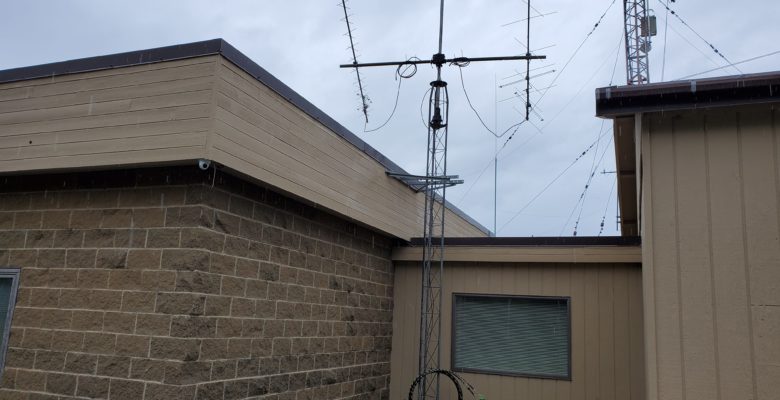 The Radio Science and Operations Center (RSOC) Satellite Station moved one step closer to getting on the air today when Kevin Opalka (KL1V) and Kent Petty (KL5T) found a hole in the weather and were able to mount the 2-meter and 70-cm long boom antennas on the elevation rotor cross-arms.  Not only did the pair get the antennas mounted, but they were also able to get the feedline installed to the base of the satellite tower and pushed into the basement of the RSOC.

Work has been ongoing since the spring of this year to get the station on the air.  The club has been without its satellite station since moving into the RSOC in early 2018.  Kevin Opalka has been heading the effort in earnest this year.  New covers for the preamplifiers should arrive any day now.  Once received, the preamps get installed, the coaxial cable gets hooked up outside, the antenna polarity relays get their jumper harnesses installed, then it’s just some inside work to get this station on the air.

Many thanks to all involved this spring and summer.  We look forward to being back on the sats from the RSOC!