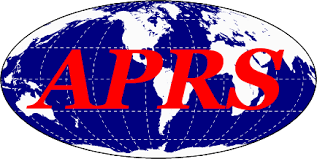 We’ve conducted a review of APRS activity in the Anchorage / Mat-Su Valley areas.  The review included analysis of activity directly detected on the KL7AA-10 Digipeater / I-Gate located on the Anchorage Hillside, the KL7AIR-10 Digipeater / I-Gate located at the EARS Club Station on Elmendorf AFB, and on the KL7JFU-4 Digipeater.  Findings indicate what most APRS users in the area already know, but this review verifies those thoughts.  The data includes APRS activity from October 1 – October 24, 2017.

The following images were pulled from the APRS.fi website.  Each reflects APRS beacons heard DIRECTLY by the station indicated.  Areas shaded in DARK RED reflect more packets heard in those areas.  Areas with no shading indicate no packets heard.

The data suggest that the following areas have a need for APRS Digipeater placement.  Areas are listed from south/east to north/west:

Thanks for being willing to help out our APRS effort!