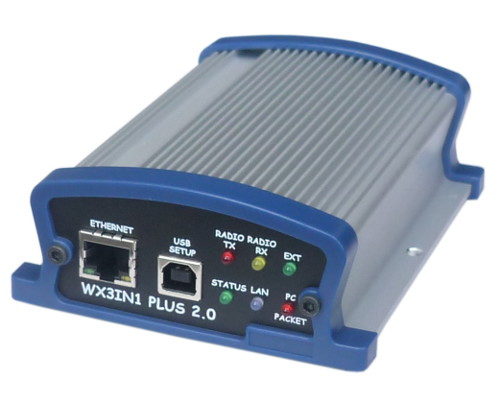 We’ve been testing our new WX3in1 APRS Digipeater / I-Gate for several weeks now at the AARC clubhouse.  We’ve determined it’s been working as advertised so Kevin Opalka, KL2NV, and I decided it was time to deploy the system to our Hillside South location at the residence of Bruce Chandler, KL7QN.

We met at the clubhouse on Monday at 0845, gathered up the equipment, and headed up the hill.  We began installation, but had a bit of a false start and I needed to make a quick run back to the clubhouse to snag an “N” to PL-259 adapter.  We got it fully hooked up, connected to the MESH network, and fired up.  A quick check and we found that the MESH node indeed issued the “blue box” a new IP address.  We logged in to that address and found the unit was online, digipeating, and gating to the internet via the MESH just fine.

Kevin had to leave for work, so I kept at it to clean up the site and to squirrel-proof the building (remember that previous blog post?).  I pulled out some old batteries, an old computer, a couple old CRT monitors, and other “junk”, organized what was left inside, and swept the place out.  I then headed outdoors to gather up all the debris that has been accumulated about the building over the past few years including some old busted up tower, broken antennas, dimensional lumber, and other miscellaneous junk.  It ended up filling up the back of my truck.

After the clean-up, I turned attention back to the building to deal with the squirrel issue.  I was able to gather up the RF cables and secure them in place, then fashion a couple pieces if wire mesh to seal the access off by attaching them with galvanized roofing nails.  I also tightened up the gap under the access door to the shack to make sure that doesn’t present an attractive entry point for critters.  I’m crossing my fingers as I claim victory!  Take that, squirrel!

We now have the KL7AA-10 APRS Digipeater / I-Gate up and running after being out of commission for a couple years.  We have a lot of confidence in this new WX3in1 and are pleased with how easily it interfaced with the MESH network.  Start your APRS beaconing on 144.39 MHz!

If you’d like to learn more about APRS or the MESH network, drop a note to our APRS manager or MESH network manager, or stop in and visit the club on a Working Wednesday.